Romney was expected to win the Illinois primary following polling that indicated he held a significant lead over his closest competitor, Rick Santorum, in the state. Additionally, Romney and his supporters organized an expensive advertising blitz in Illinois in the days leading up to the primary. 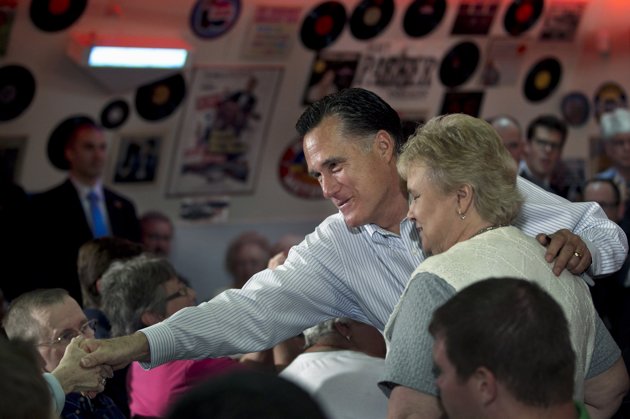 "What a night. Thank you, Illinois, what a night," Romney said in his victory speech in Schamburg, Illinois. Romney went on the offensive against President Barack Obama--pointing out that he was speaking in the president's home state . president's home state . "This president doesn't understand the genius of America's economy or the secret of the American economic success story. The American economy is fueled by freedom," Romney said. "I offer a choice, and a new beginning."

ABC News analysis of the preliminary exit polls conducted by Edison Research found that six in 10 Illinois voters viewed Romney as the candidate most capable of beating Barack Obama. Perhaps more telling, Romney was also identified as the candidate who "best understands the problems of average Americans."

In a sign that even Santorum believed a Romney win was in the works, the former Pennsylvania senator chose to spend Tuesday outside of Illinois. He campaigned in his home state of Pennsylvania, where voters head to the polls April 24.

Newt Gingrich and Ron Paul, neither of whom spent Tuesday in the state, are not expected to garner much of the vote.

In Illinois, Romney branded Santorum an "economic lightweight" and highlighted Santorum's decision to endorse him in 2008, forcing Santorum to explain his change of heart. Santorum said he turned on the former Massachusetts governor because he failed to uphold conservative values by standing by his Massachusetts health care law and by back the Wall Street bailouts.

Romney also entered Tuesday's race with a technical advantage. Santorum failed to file slates of delegates in four congressional districts in Illinois and was therefore ineligible to win the 10 delegates apportioned by those districts. A total of 54 delegates were up for grabs in Illinois Tuesday. (The state has a total of 69 delegates--the 15 delegate difference is not tied to Tuesday's vote.) 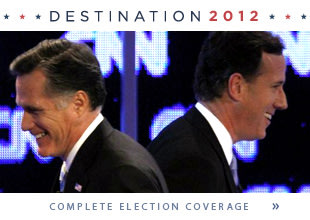 Prior the Illinois contest, Romney held more delegates than his three competitors combined, according to the Associated Press: Romney 521; Santorum 253; Gingrich 136; and Paul 50. A total of 1,144 delegates is necessary to claim the GOP nomination.

Romney has been seeking momentum to boost him far ahead of Santorum in upcoming contests. But Romney's opponents, despite their respective delegate deficits, say they plan to continue racking up delegates in an effort to prevent Romney from holding a majority of delegates prior to this summer's Republican convention in Tampa, Fla., forcing a contested nomination.

Illinois is not expected to heavily factor into the 2012 general election race for Republicans. Barack Obama retains a significant base of support there stemming from his legislative and congressional service in the state.

• Primary Day in Illinois: In search of Republicans in Obamaland

Want more of our best political stories? Visit The Ticket or connect with us on Facebook, follow us on Twitter, or add us on Tumblr. Handy with a camera? Join our Election 2012 Flickr group to submit your photos of the campaign in action.